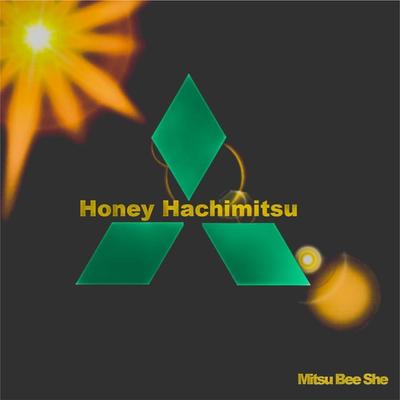 Honey Hachimitsu makes Intergalactic Dance, Breakbeat and Space Hop made from an acoustic-digital crossover, inspired by a blend of Japanese and Belgian Honey.

Well that is what they did over the last 2 albums, first the album ''All your Honey are Belong to Us, after that, the Sequel.

Eversince their first 2 releases V8.Bit-C and Ivolve decided to make a new record. Keeping up with staying experimental they figured, hey a little minimal doesn't hurt nobody. ''Mitsu Bee She'' stands for ''Ok Bee She'', this title is only a representation about Honey, because Honey Hachimitsu means, Honey Honey.

Without Bees there is no life, the guys tend to hold on to the idea of preserving them and protecting them. Their new artwork is only inspired on V8.Bit-C and Ivolve's passion to preserve old cars, like old-timers...

A psychedelic short story starting with the song ''She be Mitsu'' meaning, ''She is ok'', ending with the Song Hivemind, a notional entity consisting of a large number of people who share their knowledge or opinions with one another, regarded as producing either uncritical conformity or collective intelligence.

The overall feeling you might get about this album is that this time they went more minimal, more down to earth, and nevertheless still very experimental and psychedelic...