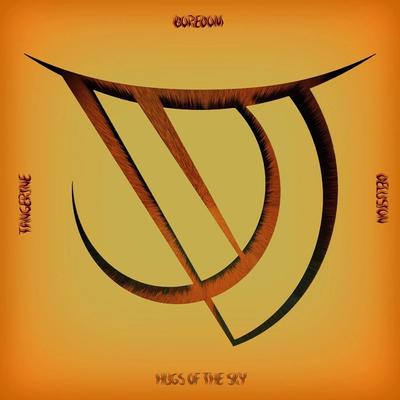 Tangerine Boredom Delusion is the 4th studio album by Belgian psychedelic rockers Hugs of the Sky. On this album the band goes back to their essence as a trio to explore in depth the elements that distinguish them. A lo-fi, DIY recording style with dark, surfy guitars, punchy basslines, feral drums and existential yet cosmical lyrics. Because the world was in lockdown, this album might be the most introspective of the band to date. For the artwork, which is a sign out of pagan chaos magic which means ‘I am connected to Nature’ they collaborated again with Camille Daytona, who designed also the artwork for their previous album ‘Virtual Lullaby Circus’. The ferocious mastering skills of Australian psych-rock connaisseur Joe Carra made the final touch for this album which is one for friends of the niche and the weird.