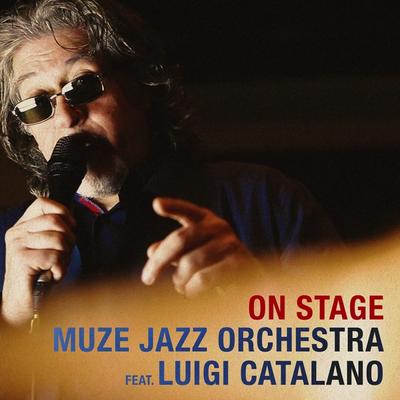 This new single "On Stage" is a funky jazzy version performed by the famous MUZE JAZZ ORCHESTRA featuring LUIGI CATALANO on vocals. In the course of "The Week of Belgian Music" (8 to 14 Feb 2021), the resident orchestra of CC Muze (Heusden-Zolder) has, at the suggestion of Remo Perrotti, covered and re-arranged the cult classic "On Stage" by the band SeXmachines . . The warm deep Barry White voice is from Luigi Catalano. The vibe of the song comes close to "Why Did You Do It" from Stretch. Original composer Danny Mommens also contributed to this single with his typical falsetto voice and funky guitar in the break of the track. The audio recordings were done by Rocco Di Turi (uncle of Mauro Pawlowski, dad of Alessio Di Turi, drummer of The Sore Losers). The mixing and editing was done by Ricky Marques, musical director of Buscemi. Mastered by Uwe Teichert.

Will be available on limited 7” vinyl with A-side the original SeXmachines version & AA-Side the MJO version with Luigi Catalano expected early december 2021. Order on Bandcamp.