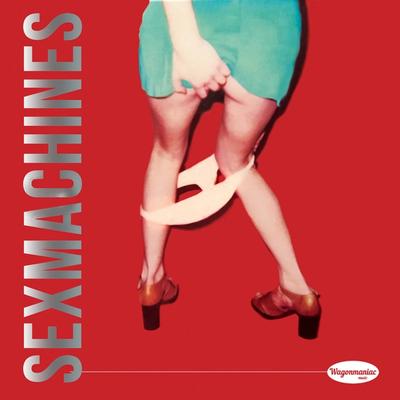 SeXmachines was a Ghent, Belgium based ‘cult’ underground band emerged from the remnants of Danny Mommens’ punkband La Orta. After lots of different singers, in 1993 Danny Cool Rocket took the mic himself and formed a band with good bar (Stax) friends
Lucky Rocket (aka Luc Waegeman) and Georgie Rocket (aka Jan Wygers) They recorded their first EP “On Stage” released it on their own label Kinky Star records in 1998 and started their own bar Kinky Star in the centre of Ghent.
They described their sound as "Androgenous Pornopunk". They toured with Evil Superstars, dEUS, Blond Redhead, Rocket From The Crypt, Kepone, Doo Rag,... but they were very much influenced by The Stooges, Kyuss, Sebadoh, Helmet, PJ Harvey, Urge Overkill, Divine, Jon Spencer, Melvins.

The “On Stage" EP with the cult hit "On Stage" is being re-released now.