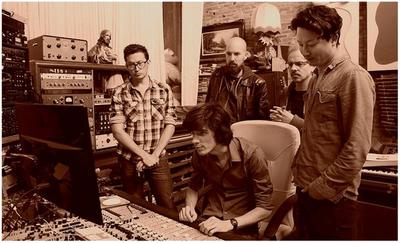 Fully compos mentis and knowing that the comparison only asymptotically approaches reality, one can postulate that the creative life track of the East Flemish quintet, The Germans, (Jakob Ampe, Vincent Cauwels, Lennert Jacobs, Timothy Jacobs, Boris Zeebroek), who resuscitate in people’s memories albums such as ‘The Next Superstar’ (EP, 2005), ‘Elf Shot Lame Witch’ (2008), ‘Grote Meneren/Straffe Madammen’ (2009), ‘Mother Sings In Front Of The House’ (2013) and ‘Are Animals Different’ (2015), every single one of them being robust elaborate pieces of music reaching headlines that finely phrase their idiosyncratic, unique and experimental character because of these very features [“Their fourth release is the most daring product recently grown in Belgium’s musical gardens.” (Rekto Verso), “Elf Lame Shot Witch is a triumph …” (De Standaard), “Their tracks would constantly go off the road and leave traces of burned rubber.” (Focus Knack), “ they don’t shun dissonance and thrive on the same Sturm und Drang as the Pixies or Liars do.” (De Morgen)] finds its origin and backdrop in the crystal breaking noise emerging in the Planck time after the band’s birth in Dikkelvenne in the summer of 2002 (8,95 square kilometres with approximately 2,118 dwellers on it, i.e. modest boys, who would play a full gig for a chunk of bread) and both as for pitch (1150 Hz) and sound pressure (134 dB) resembling as two peas in a pod the blasting primal scream of the slightly ambitious White Russian postman Oleg Lavrov, who eventually found a verbal match after years of harassment on the cold shop floor spouting sense from his existential magma bearing in mind the evergreen tinkle ‘as much as the cat kills the mouse, the lion kills the cat’ when 68 days before his retirement he looked for the second time into the intentionally lower value stamped envelope containing his P45. 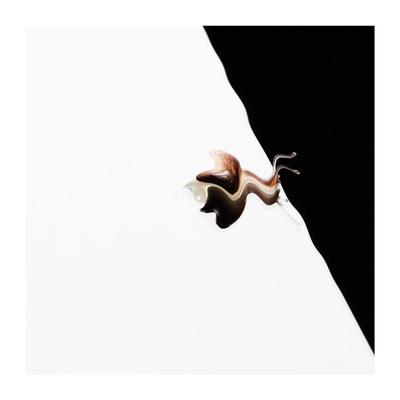