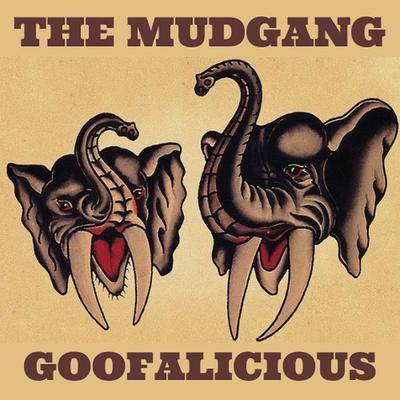 It’s been 10 years since the release of Mudgangs’ last album ‘Last Man Standing’. Finally the Ghent based ‘garage’rockers delivered new studio stuff. As on ‘Last Man Standing’ you still could link several songs with their garage roots, Goofalicious is from a whole other kind.

Made with an open setting, a variety of musical styles and with an input of several musical friends such as Tom Derie (Soapstone), Jan De Palmeneire (The Voners) and Maxime De Vriese (Air Mines), the record opens up like a goody bag carelessly dropped at your front door.

Musical influences were generously spread over different songs: starting off with the weird Ry Cooder like blues ‘The Chaser’, over the Krautrock of ‘What’s that noize’ to the dubby ‘The Goof, The Daft and The Has Been’. And it doesn’t stop: glam rock (Is your love for real), folk (Country girl), southern rock (Lack of Love) and rockabilly (The Hook) pass the needle. And what to say then about the creepy and sensitive ‘Sue’? The only time we get close to vintage Mudgang is when ‘I hear you’ kicks off and shoots you into outer space in search of a lost lover.

The Mudgang wants to take the listener for a ride on an album where each song stands on its’ own. Either way, one can not do without the other.

Can you possibly call this collection an album? Well, that’s the ‘Goof’ thing about it. The ‘(de)licious’ part you’ll have to find out for yourself.