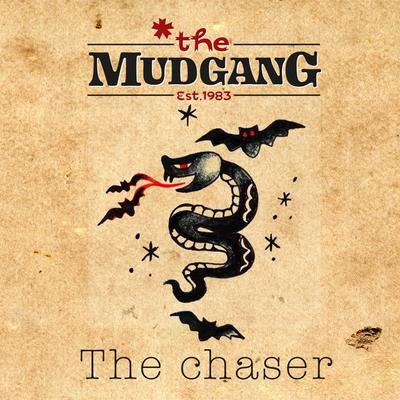 ‘The Chaser’ is the opener of the new Mudgang album ‘Goofalicious’, a somewhat different track divergent from the normal rock song. It kicks off with a Ry Cooder-like slide guitar, soon the song evolves into a dark spaghetti western atmosphere as the voice takes over and the tribal drums join in.

The Indian tribal drums were inspired by the documentary ‘Indians that rocked the world’. For this track the band chose to move away from the usual snare, kick, tom, hihat-set up. Instead there were two floor toms used to snap the feeling of a chase by an unseen enemy.

So sit back, close your eyes and let this track take you away to a place where the sun burns your skin, a lone ranger rides his thirsty and tired horse and savage warriors are lying in ambush behind the rocks. Better watch out for ‘the Chaser’.