The Mudgang - What's that noize 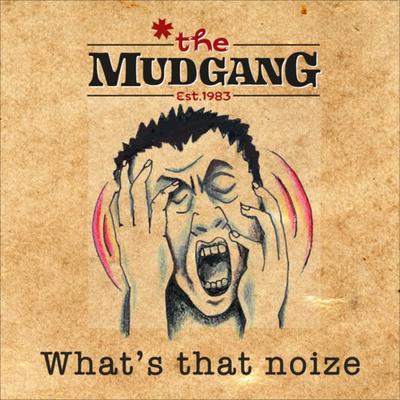 ‘What’s that noize’ is the 3rd single and video towards full album 'Goofalicious'! The song is co-written with Jan De Palmeneire, leadsinger of obscure ‘80s Antwerp garage rock band The Voners.

The story of the song starts when Jan posted one of his tracks he made on FB. Originally it was called ‘it’s gonna be allright’ and reminded a bit of Chemical Brothers meets Ian Curtis meets The Velvet Underground kind of track. This strange mix of musical styles triggered Luc Van den berghe to go up the road with the frame of the song. He was convinced you could get more out of it. He asked Jan to send the separate tracks over and then Luc started doing his thing with it.

Before it grew in its’ definitive version it had a short lived period as somekind of trip hop thing. The moment pounding drums were added was the moment that all fell into place. Drummer Paul Brusseel played the drums with only click track and vocals in the headphone while Luc Van den berghe was waving when exactly he had to switch drum beat; ‘faut le faire’!

What was kept of the original track was the electronic dance mood with its' TC Matic like back bone of rhythm guitar,drums and bass. Primitive synths sounds were added to push the song in the early 80's direction with, among others, D.A.F. as example. This and the continuous repetitive beat of bass and drums makes ‘What’s that noize’ an excellent rock song to dance to.